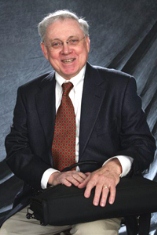 Cornelius Riordan, Ph.D., is Professor of Sociology at Providence College in Providence, RI., USA. He received an M.A. in Sociology from Clark University, his doctorate in Sociology from Syracuse University, and completed two years of postdoctoral study at Johns Hopkins University. He is the author of a textbook in the sociology of education entitled Equality and Achievement that is now in its second edition. He has studied the effects of single and mixed sex education at all levels of schooling for the past two decades and is the author of Girls and Boys in School: Together or Separate (1990) and numerous professional papers on this subject. He was the Project Director for a large national study of public single sex schools for at-risk children with a grant from the U.S. Department of Education published in 2008 as Early Implementation of Public Single-Sex Schools: Perceptions and Characteristics. He has been a keynote speaker, panelist, expert trial witness, researcher, and author on this subject for 25 years. He was a signatory of a Supreme Court Amicus Brief in the VMI case and has written declarations in several court cases involving single-sex schools.