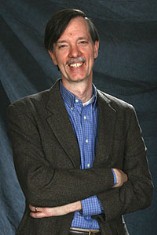 Eric Hirsch is a distinguished urban sociologist, whose publications have appeared in a variety of journals, including the American Sociological Review. He is the author of Urban Revolt: Ethnic Politics in the Nineteenth Century Labor Movement (University of California Press). Above all, however, he is a tireless advocate for the homeless and spends most of his time outside the classroom in the fight for social justice.

Hirsch, E. (1990) Sacrifice for the cause: Group processes, recruitment, and commitment in a student social movement. American Sociological Review.(55), 243-254.